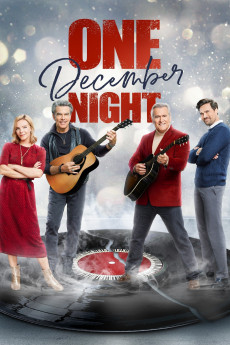 Family / Music Once one of the biggest musical acts in the world, Bedford and Sullivan - comprised of childhood friends Steve Bedford and Mike Sullivan - broke up ten years ago, an on-stage incident which was the last straw in what was always a somewhat fragile professional relationship. The two have not spoken since in subsequent actions having fractured their relationship even more. While Steve has managed to eke out a solo career with whatever moderate success solely on the strength of goodwill toward the duo, Mike has retreated from the world in those issues that led to that on-stage incident, that is until now as he has agreed to a televised Christmas reunion show called "Bedford and Sullivan at Big Red", Big Red being the Sullivan family home in the small town of Pineville. Talent manager Dianne Carter, who represents neither Bedford or Sullivan but who has some stake in the show, is asked by the shows producer Troy for some assistance, especially in dealing with Mike who is largely missing-in-action regardless of he having agreed to do the show. Of the agents in Diannes agency, who she assigns to the task is Quinn Allan, for a reason Quinn believed she had kept a secret: that Quinn is Mike Sullivans daughter, albeit estranged. Quinn, who does not want to deal with her father, is able to negotiate a deal with Dianne in reluctantly accepting this assignment. In heading back to Pineville, Quinn learns that Steve is currently represented by Jason Bedford, Steves son and Quinns childhood friend who Quinn believes exacerbated the problems between their respective fathers in the intervening years. In reconnecting with her father, Quinn learns that both he and Steve need this show to happen for different reasons as Quinn, Jason, Steve and Mike negotiate and renegotiate, the latter especially around Bedford and Sullivan performing arguably their biggest hit for the show, One December Night, a very personal song for Mike and one that has some very painful memories. In the process, Quinn and Jason start to fall for each other, a road to a happily ever after for them threatened by what happens with the show. —Huggo